Environmental hypocrisy: Over 90% of North Face products are made from fossil fuel, CEO of Liberty Energy says 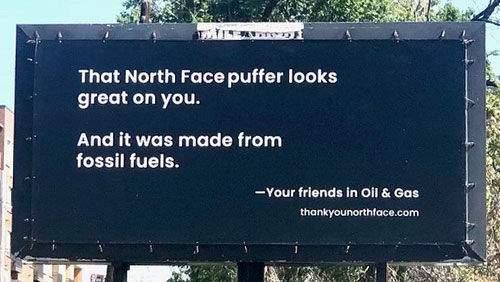 Why is Oil and Gas IMPORTANT?

Why is oil important? The United States consumed seven and a half billion barrels of oil and nearly thirty-one trillion cubic feet of natural gas in 2019.

These annual numbers equate to over two hundred thirty-six barrels of oil and nine hundred eighty-three thousand cubic feet of gas per second. Today, the importance of oil and gas in our country cannot be overstated. In order to fuel the muscular engine that is the US economy, the United States relies extensively on oil and gas. For the foreseeable future, to accommodate current demand and our lifestyles… America’s vehicles will remain on the tried and tested internal combustion engine. Thankfully, the oil and gas industry has not remained idle while technologies are being further developed for renewable energy.

New reservoir optimization techniques have enhanced petroleum production in both vertical and horizontal wells. Most notably, the increased implementation of technologies such as digitalization, cloud computing, and machine learning are transforming the petroleum industry… allowing for reduced costs, maximized operations and asset performance through real-time data analytics and optimized integration. In recent years, the US has surpassed both Saudi Arabia and Russia to become the world’s largest oil producer… and regained its net energy exporter status for the first time since 1952. This Energy Independence promises to provide improved energy security. The Oil and Gas industry is leading the charge to deliver the energy resources crucial to our country and promises that the vast consumption needs across all sectors required to sustain our current lifestyles can be met.